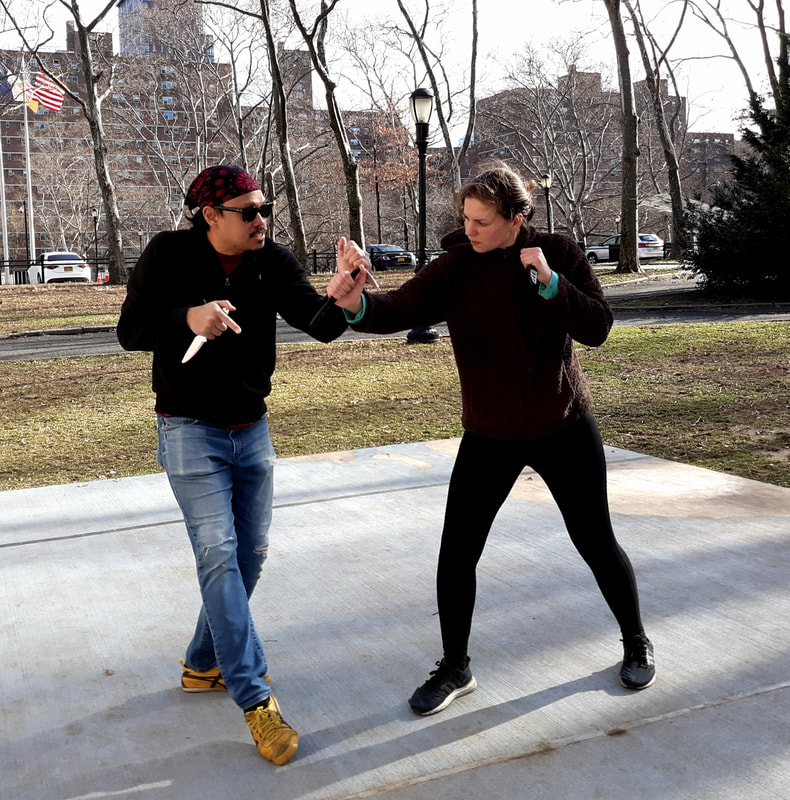 Njoli Brown is a martial & fighting arts practitioner of 30 years with teacher level accreditation in various styles.
​
Njoli began his study of Capoeira in Denmark (1997). After two years of intensive study with group Quilombo do Norte came the decision to study the Angola style of capoeira with a master (mestre) of the art form. In 1999 came a move to Seattle to train with Mestre Jurandir Nascimento  of the International Capoeira Angola Foundation. At the close of 2006 Njoli moved home to New York City and partnered in the the establishment of, FICA NY.  In 2017 Njoli left FICA to focus more intently on the development of MSMB's capoeira programs, study groups, etc., while developing and facilitating a multiplicity of youth programs centering around the use of Capoeira Angola as a tool for inspiring community action and social justice.

Njoli's practice in the Filipino martial arts began in the Philippines with a focus on Lightening Scientific Kali, under the mentorship of Grandmaster Vic Sanchez (Kali Arnis International) and Datu Rich Acosta of Kuntaw Kali Kruzada, and short years laterbegan Pekiti Tirsia Kali, under the guidance of Tuhon Kit Acenas (Kali Mundo).  Over the years he has balanced his stateside practice as a partnering teacher with  PTK Elite.  Njoli has the great fortune to spend extensive time, annually in the Philippines for work and study and this provides the opportunity to connect with the art in dynamic ways, physically and culturally.  He currently teaches and develops training curriculum for civilians, civil servants and law enforcement throughout the U.S. and internationally. 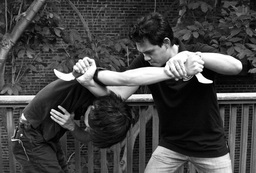 ​Francis Estrada began his practice in Filipino martial arts through the Wing Chun Kali System in New York in 2006.  He began to focus solely on Pekiti Tirsia Kali in 2010, beginning by training in India with Mandala Kanishka Sharma, and subsequently with Grandtuhon Leo Gaje and Tuhon Rommel Tortal in the Philippines.  He continues to train with Tuhon Rommel as his primary instructor, visiting him in the Philippines and hosting him in New York. 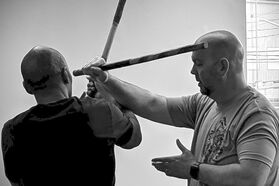 Pat Lee has been creating community through martial arts for years and with his recent return to his home state of Idaho he has taken on the herculean task of building a new home for the practice of Pekiti Tirsia with his study group, PTK Idaho.  Pat has been an ongoing and diligent student of Agalon Njoli Brown and has earned his ranking via an MSMB curriculum which encompasses all of the classical and modern elements of the art.
Aji Piper
​MSMB Study Group Facilitator (Seattle, WA)
MSMB PNW - Pekiti Tirsia Kali (PTTA, PTKWF, Kali Mundo) 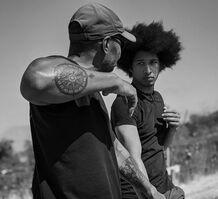 Aji Piper has been creating community and advocating for social action for years/  Now, alongside the tremendous endeavor of pursuing a career in the culinary arts, Aji acts as the lead for MSMB's  Pekiti Tirsia study group in Seattle, WA.  Aji has been a hardworking and constantly growing student of Agalon Njoli Brown and has earned his ranking via an MSMB curriculum which encompasses all of the classical and modern elements of the art.